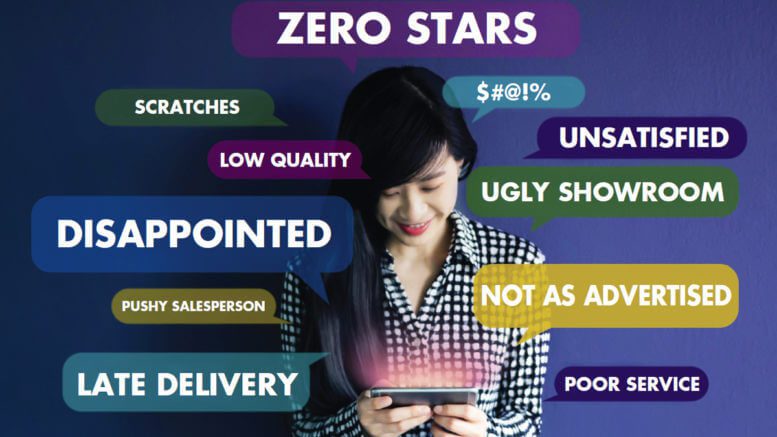 Protecting your store’s reputation is a 24-hour job. Negative reviews — whether merited or not — can turn away potential customers and reflect badly on your brand.

Retailers have long subscribed to the notion that the customer is king.

But in the digital realm, the customer really does wield a great deal of power. A bad review can be blasted out on Google and social media, garnering an amount of attention and notoriety that would have been inconceivable in the days when an unhappy customer might simply have expressed displeasure to the Better Business Bureau.

But, Dave Rotman, whose family owns Rotmans Furniture in Worcester, Mass., sees that online megaphone as a good thing.

“A lot of companies get upset that the customer has so much power,” he said. “But I like that they’re letting me know what’s wrong. And if something is happening to them, it might be happening to a dozen other people. Maybe there’s a vendor whose furniture isn’t the quality that we want. I want to be able to fix that.”

Having a positive attitude, expressing empathy and being quick to respond are the keys to preventing a customer’s negative experience from going viral, or possibly turning into a public relations nightmare, retailers and consultants say.

“Don’t get defensive, don’t get combative in your responses,” said Nick Miller, vice president of sales for Podium, an online platform that helps businesses respond to reviews and engage with their customers. “You have to keep in mind that you’re not just responding to that person, you’re responding to everyone who can publicly see that feedback. Even if you feel the customer is completely wrong, take the high road.”

Among the biggest challenges for retailers is staying on top of any concerns that pop up online. Consumers are not only reviewing the product they take home but documenting their entire “journey,” said Mike Baglietto, global director of product marketing for social enterprise analytics firm NetBase.

“People are sharing things down to the operational level at the store, to the purchasing process to the return process,” he said. “A lot of these social channels are very, very chatty. They can give you a lot of insight. But you have to listen, make sure you understand the context of the conversation before you jump in.”

Harkness Furniture and Mattress was founded in 1920 and has been owned by the same family for four generations.

Kellen Harkness, a member of the fourth generation, works as operations manager for the Tacoma, Wash., store. He recalled a time when displeased customers might have just called to vent their frustrations.

“They might be talking to one of the people in the office, and then the call would be directed to a manager,” he said. “We also had people come into the store and sometimes, unfortunately, make a scene. But those were really the main forms (to express discontent). It was a lot easier, I would say, because you had them on the phone, or you were able to talk with them face-to-face, and fix their problem rather quickly.”

Today, Harkness keeps a close eye on the company’s social media accounts. On his phone, he gets alerts when someone posts a comment on the store’s Facebook page, and he tries to respond quickly when any of those posts is even slightly critical or casts the store in a negative light.
“We never let any sort of comment or review, whether positive or negative, go 24 hours without a response,” he said. “We really push not to let anything just sit. We want to make sure people know that we as a business are going to address their problem, and get it taken care of as quickly as possible.”

Harkness said his goal is to steer the conversation offline whenever possible, so he or a manager can speak directly with the customer.

“You don’t want to have any sort of argument online,” he said. “With the negative reviews, we apologize for the situation, and we ask they call to speak with our general manager, or I’ll tell them I’ll look into it.”

This lets the public know the store is aware of the problem and wants to make things right, he said.

Rotman said when engaging with a customer, “it doesn’t matter who’s right or who’s wrong.” What matters, he said, is trying to make sure that the customer walks away happy, even if the customer is not necessarily in the right.

“When there’s a negative review, I really see that as a wonderful opportunity to show people what Rotmans will do to take care of them,” he said. “Sometimes it takes something really creative.”

Rotmans was started by Dave’s grandparents in 1964. At more than 200,000 square feet, it is one of the largest carpet and furniture stores in New England.

He said one customer recently complained that a mattress was too firm and thought there was something wrong with it. There wasn’t any manufacturing flaw, but Rotman ordered a mattress topper and shipped it next-day service to her. Someone else had a sofa stain. Even though it had nothing to do with Rotmans, Dave sent Stanley Steamer to clean the couch with the store picking up the tab.

“Things like that, they mean a lot to people,” he said. “You take the time to make them happy like that and you have a loyal customer.”

Sometimes tracking down a customer who left a negative review can be a challenge.

“On Yelp you can write back to the person, and on Google you can try to,” Rotman said. “Sometimes you just have their initials. But I get an alert when reviews are posted, and I try to reach out as soon as possible. That’s crucial, that personal touch.”

Nick Miller of Podium said customers, more than anything else, just want to see that a business takes their concerns seriously.

“You have to show that you want to take care of the issue,” Miller said. “The worst thing you can probably do is nothing. If you’re doing nothing about the negative feedback, if you’re not doing anything to respond, you’re leaving things up to chance. You’re leaving it up to other people to tell your story online.”

The Lehi, Utah-based Podium was founded in 2014 by Eric Rea, whose father was trying to figure how to respond to online reviews for his tire business. Today, Podium works with about 20,000 businesses.

Podium’s platform allows retailers to ask for feedback from clients and allows clients to post that feedback from their smartphones. The company has experts who specialize in different industries.

In an age when retailers are competing not just against other local businesses, but also the online sector, projecting confidence is “how you can really stand out,” Miller said.

“Resist that temptation to escalate,” he said. “You can disagree in a nice way. You don’t have to win every argument online. If the conversation has to continue, tell the person to ‘Call me directly, call the store, come in and we’ll take care of it.’”

Southeastern Furniture was founded in 1967 and has been in the same family for three generations. Fletcher said the business has always been proactive in soliciting feedback, and these days he always encourages people to leave positive reviews online.

“A lot of times people you’re taking care of and doing a great job with on a daily basis, they’re not taking the time to go online and put a review up,” he said. “So, you say to them, ‘Hey, thank you. We really appreciate having you as a customer and giving you a great experience. The best thing you can do for us is write a good review online. We’d really appreciate that.’ And that goes a long way. A lot of people are willing to help you out with that.”

That also allows him to address a problem before it turns into “a one-star review.”

“It could be something easy, like a bolt that needs to be tightened,” he said. “Sometimes it’s just lack of communication that causes it to escalate to something more negative.”

Robert Lopez is a freelance writer based in High Point, N.C. A native Hoosier, he spent 12 years as a daily newspaper reporter and has written for a number of publications around the country. He can be reached at roberto.lopez79@gmail.com.
See more:
News 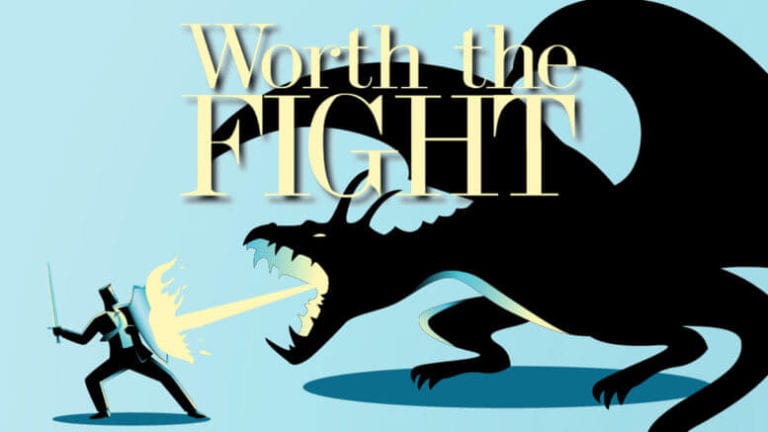 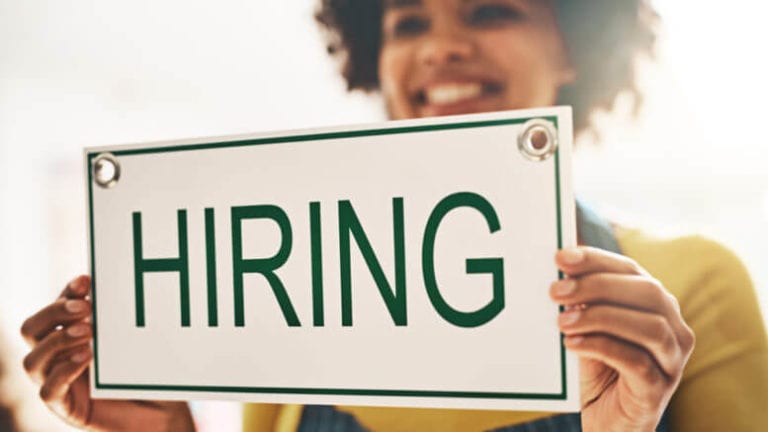 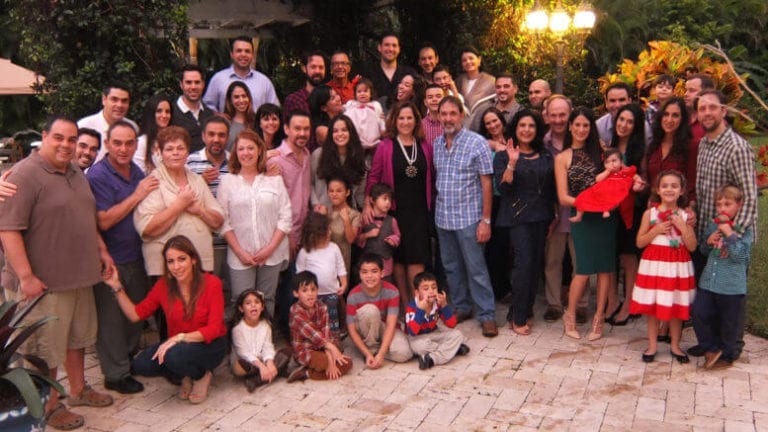 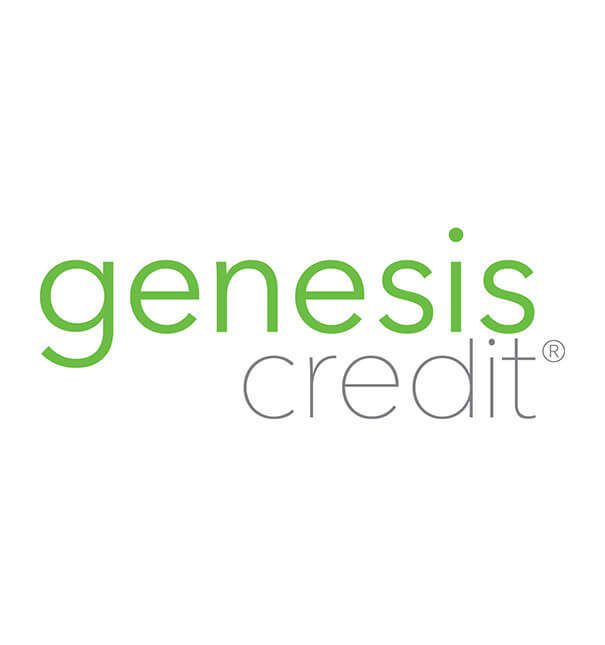