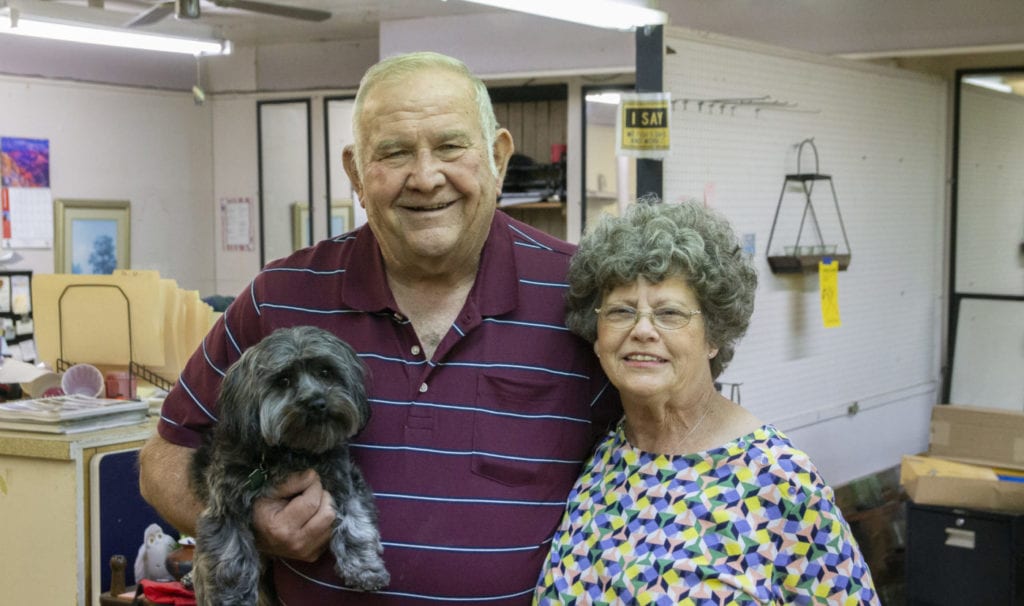 James and Elaine Campbell “probably haven’t had a vacation in five years,” James said the day before closing their business, Pat Anderson Furniture, in Kilgore, Texas.

Now? After a rest, the Campbells’ first retirement trip probably will take them to Branson, Mo., an entertainment mecca in the Ozark Mountains.

“We’ve been very, very busy and put a lot of long hours in,” James Campbell said.

The couple, who are 68 and 66, made their decision in August. They don’t have children, so they hoped to sell the business, James said. No serious offers were made. So, in October, they hired a promotion firm to help them run a store-closing sale – not a going-out-of-business sale, James clarified. It was very successful.

‘A year’s business in two months’

“We’ve done a year’s business in two months,” he said, noting the income will support their retirement. They leased their building on Main Street, so they were done when they turned out the lights Dec. 14.

Pat Anderson Furniture was a member of the Home Furnishings Association and its predecessors since it was opened by its namesake founder in 1979. The Campbells bought it 27 years ago.

“I would love to have seen another mom-and-pop store in here, but it’s not going to happen,” James said, citing some of the familiar difficulties faced by brick-and-mortal retailers in a digital age.

“The big thing now is to be active on websites and social media, and I’m not,” he said. He lost sales to people who would visit his store to look for furniture only to go home and order it online from someone else. And many manufacturers also ship directly to customers, he lamented.

That’s not good for local businesses or their communities, James said. “People don’t realize how much they’re losing by taking their business outside.”

Still, Pat Anderson Furniture nurtured generations of loyal customers with fair prices and good service. The business sold appliances as well as furniture, and James said customers trusted him enough to call and order a dryer or something else sight unseen – knowing he would get them exactly the product they needed.

“That’s what’s very gratifying,” he said. “That’s what I’ll miss, getting up and going to work and seeing the customers I like.”

The variety of running a retail business was enjoyable, he added. “I never had the same day twice in a row. It was always different. That kept it from being a boring job.”

The Kilgore economy rises and falls with the oil and gas industry, and it’s been pretty good the last couple of years, James said. But that still didn’t translate into enough business to hire more employees. With just one part-time sales associate and two delivery workers, running the business was becoming too much for the Campbells.