With a powerful hurricane barreling toward the Texas-Louisiana coast, Howell Furniture closed its three stores Monday as evacuations began.

“You don’t know what you’re going to come back to,” third-generation co-owner Shawn Hanley said today.

Hanley is in Oklahoma, where her daughter gave birth to a boy Tuesday – a measure of joy in a year that has brought more than its share of misery. But her heart is also home in Beaumont, Texas, where the business was founded in 1959. Howell Furniture, the Home Furnishings Association’s large Retailer of the Year for 2019, also has stores in Nederland, Texas, and Lake Charles, La. All are directly in the path of Hurricane Laura, which is expected to come ashore as a Category 4 storm this evening.

It is likely to deliver severe wind damage, but Howell’s Nederland store – closest to the coast – could also see flooding from storm surge, Hanley said.

The third huge storm since 2017

Dealing with hurricanes and tropical storms is an unfortunately frequent occurrence. Howell Furniture earned praise from its communities for the extraordinary support it provided in the aftermath of Hurricane Harvey in 2017 and Tropical Storm Imelda last year. Hanley was a positive presence in social media videos explaining where people could go for food, water, shelter and other necessities. The business helped customers refurnish their homes on favorable terms. In fact, said Hanley, Howell Furniture is still helping people who are recovering from Hurricane Harvey three years later.

Of course, the hurricane also is hitting in the aftermath of the nation’s coronavirus crisis, which blew a hole in retail sales. Still, true to form, Howell Furniture spearheaded a “Feeding the Frontline” initiative, providing meals for medical workers and first-responders.

Business had begun to come back strong. “People were just finally feeling comfortable getting out again,” Hanley said. Now, there’s almost a sense of disbelief. “You’re scared to ask what else can happen.”

Replacing lost inventory would be a ‘huge deal’

Howell Furniture’s buildings and inventory are insured, but getting product already had been difficult because of heavy demand all across the country. If they lose much of what they have, “getting it again will be a big, huge deal,” Hanley said.

But the first priority is to get out of the way. One of her partners, Tom Schwaab, was still in Beaumont this morning, but Hanley hoped he would leave soon. The Beaumont store is too big to board up, but a couple of doors would be covered. “You kind of have to let things happen, honestly,” Hanley said.

They do happen, again and again. It’s good Howell Furniture’s owners – she, Schwaab and Wade Witt – love the business and their communities so much, or they might be tempted to give up, Hanley said.

But, with another generation of potential ownership arrived in the world, there’s still reason for hope.

Not a member of the HFA? Let us know you’re interested and consider joining our community.

HFA Insights: Howell award says ‘the industry believes in us’ 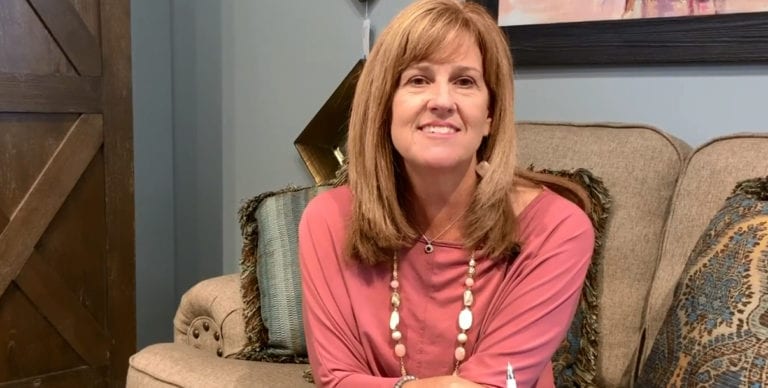 Howell Furniture steps up for Beaumont

HFA Insights: Howell award says ‘the industry believes in us’

Howell Furniture steps up for Beaumont