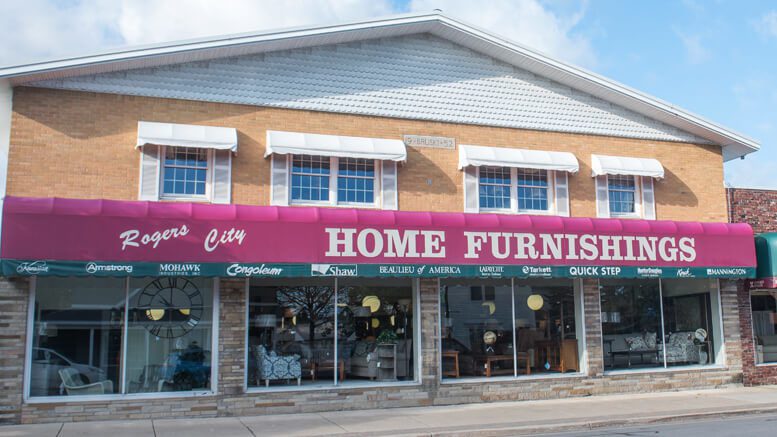 Edward Bruski taught his son a lot about running a family business. Those lessons and Larry Bruski’s determination have made Rogers City Home Furnishings the success it is.

Larry Bruski was 24 and in the furniture business barely two years, but he was already in trouble. It was 1976 and the country was trying to pull itself out of a recession. The oil crisis still lingered and unemployment hovered at 10 percent. Buying new furniture was the last thing on most consumer’s minds, but it was the only thing Bruski could think about. Sales were down at Rogers City Home Furnishings. Inventory was backed up and unpaid invoices began to pile up on Bruski’s desk.

Just two years earlier, Larry’s father, Edward Bruski, thought Rogers City, his hometown in northern Michigan on Lake Huron, could support a second furniture store. Edward Bruski didn’t know anything about the furniture business, but he purchased an empty building downtown anyway. Father and son gutted the building’s empty second-floor apartments and turned the building into a store before turning the business over to Larry.

Now Larry was in trouble. He remembers the day he met with his father and told him everything. The slow business. The mounting bills. The much-needed infusion of cash into the business.

But even more, Larry Bruski remembers his father’s reply when he asked for a $10,000 loan.
His father said no.

Larry Bruski didn’t argue with his father. Instead he turned to his bank and got a line of credit to help pay his bills. But the lesson he learned from his dad that day was invaluable. Indeed, Bruski still falls back on that lesson all these years later.

“It might sound like Dad was cold-hearted, but he had already put a lot of money into the store and he was teaching me a lesson,” Bruski says. “He was telling me in his way that he wasn’t always going to be there for me, and when times were tough I needed to stand on my own two feet.”

Today, Bruski and Rogers City Home Furnishings are standing tall. The store has carved out a reputation in rural northern Michigan as the address for higher-end furniture. Customers from three counties away drive by other furniture stores knowing Bruski and his staff will go the extra mile to make a sale.

That’s another lesson Edward Bruski passed on to his son: Never give up.

“Retail is a tough, tough business,” Larry Bruski says. “You have to be ferocious. That means Saturdays are just another work day and you need to think twice about letting any sale walk out your door. I think we’ve built a reputation over the years of doing whatever it takes to satisfy our customers. That doesn’t mean we don’t benefit from the sale, too, because we will. But we find a way to make both sides happy. You can’t be rigid. These days you have to be flexible and willing to change.”

If anyone knows about change, it’s Bruski and Rogers City Home Furnishings. In the late 1970s, Bruski says he had an epiphany. He realized there was no future in promotional furniture. The margins on $149 recliners and $199 sofas weren’t enough to sustain his business so he bumped up his game, adding Pearson Furniture to his mix. Suddenly he had a new dilemma: How to persuade customers familiar with $249 price tags to buy sofas now priced at $899.

All these years later, Bruski says it’s still difficult for his staff to sell quality over price. “People don’t understand if they’re just walking through, turning over price tags and moving on. You’ve got to keep them from doing that, engage them in conversation about how they’re making an investment in quality. Everything is so disposable today,” he says. “Buy a sofa and throw it out in a year or two when it’s beat up. That’s what we’re facing every day here. We’re trying to change our customers’ mindset.”

Bruski’s longtime staff knows what it’s up against. Many furniture retailers long ago began focusing on low-end, imported product that was sold on price, but did little for the bottom line. Bruski says the sales staff at Rogers City knows they need to educate shoppers on quality over price. “It’s easy to understand, but hard to do,” he says. “After years of going one way in this country, it’s hard to turn things around, but we’re committed.”

Bruski has been committed to Rogers City ever since he came aboard in 1974. Bruski, who is 66, had every intention of going to college. In fact, he did just that for a year before his father convinced him to help open the furniture store. “My dad told me, ‘Stick around for a year or two. You can always go back to school,’ of course that never happened.”

Not that Bruski is complaining. Bruski was born and raised in Rogers City. Never thought about living anywhere else. He loves fishing Lake Huron for steelhead and salmon whenever he gets the chance. He fell in love with selling furniture—and all the challenges that come with running your own store—from the start. So much in fact, that when he saw an opportunity to grow the store, he pounced quickly. When the longtime clothing store adjacent to his store went out of business in 1983, Bruski swept in and bought the building.

Bruski knocked out the wall and added a tile and flooring department to his store. Three years later, the barber shop on the other side of his store went on the market. Bruski pounced again, buying the shop and expanding his showroom even more while adding parking to the back of the store.

More showroom space meant more room for product, which meant two years after buying the barber shop, purchasing a building across the street from the store and converting it into a heated warehouse. Three large purchases in a span of five years might be too aggressive for some retailers. Bruski never gave it a second thought.

Yet another lesson imparted by his father. “Be aggressive, there’s really no other way,” says Bruski. “Maybe I was young and didn’t know any better, but I saw the potential for growth so I moved. The furniture business—any business, I guess—is not something you can study. That’s something I firmly believe. It’s an instinct people have.”

For Bruski, that instinct was burnished not in the store, but at home growing up and listening to his father and grandfather’s stories about their day at the office. Edward Bruski worked in real estate. John Bruski, Larry’s grandfather, owned a lumber yard.

“I grew up in a household where Dad showed me just how committed he had to be to make his business a success,” Larry Bruski says. “He wasn’t someone who threw himself into his work, but he was dedicated to bettering himself and his business and hearing and seeing that in action rubbed off on me.”

That dedication to succeed is one of Edward Bruski’s enduring legacies with his son. “This business has not gotten easier,” Larry Bruski says. “I used to think that after 20 years I would know everything. I’ve learned a lot, but in many ways the business is so much harder.”

Case in point? The internet for starters, of course. Customers coming into the store, armed with knowledge gleaned from the internet and cell phones to scan price tags.

“Brick-and-mortars are going away,” he says. “Amazon and Wayfair are a big part of that, but there will always be stores around like this one. Everything’s not about price and we try to emphasize that.”

Starting in the late 1970s, Bruski began positioning his furniture store for the wave of Baby Boomers retiring to northern Michigan, a popular area for second homes on or near Lake Huron. He’s added Lexington, Hooker, Peters Revington, Bassett as well as Amish lines from southern Ohio and western Pennsylvania.

An upscale furniture store doesn’t always do well in rural towns like Rogers City, but Bruski thinks his community is poised for an influx of retiring Baby Boomers with cash. “The Boomers are loaded and they’ve all got pensions and are retiring with a bunch of money,” he says. “In some cases, they may have never bought nice furniture before, but now they’re saying to themselves, ‘We’re going to do it one more time and this time we’re going to do it right.’”

That’s not a lesson learned at his father’s knee. That’s all Larry Bruski after 47 years running Rogers City Home Furnishings. “I learned a lot from my dad,” says Bruski. “But I learned a lot myself. This business is getting harder and harder, but for me and this store it’s also getting better and better.”

The association is all about making its members successful. I’ve seen this over and over in the innovative ideas that are shared in RetailerNOW and between members. I’m always learning something about advertising or merchandising—something every month and it’s from reading RetailerNOW or hearing from other retailers. 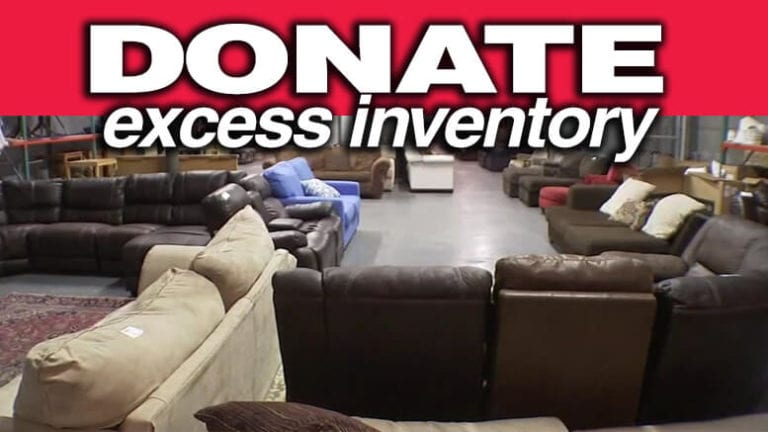 Donate to Your Bottom Line 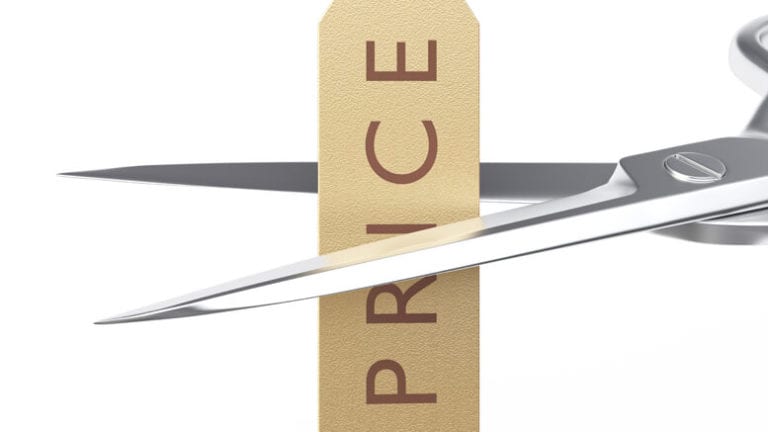 What to do when your competition undercuts your price? 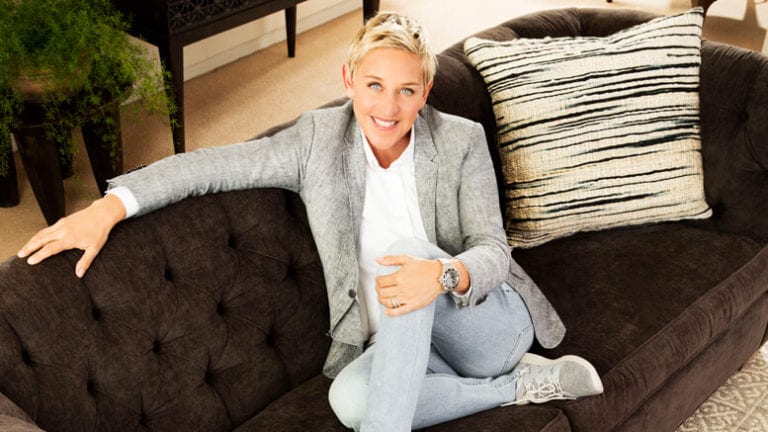 Donate to Your Bottom Line

What to do when your competition undercuts your price?