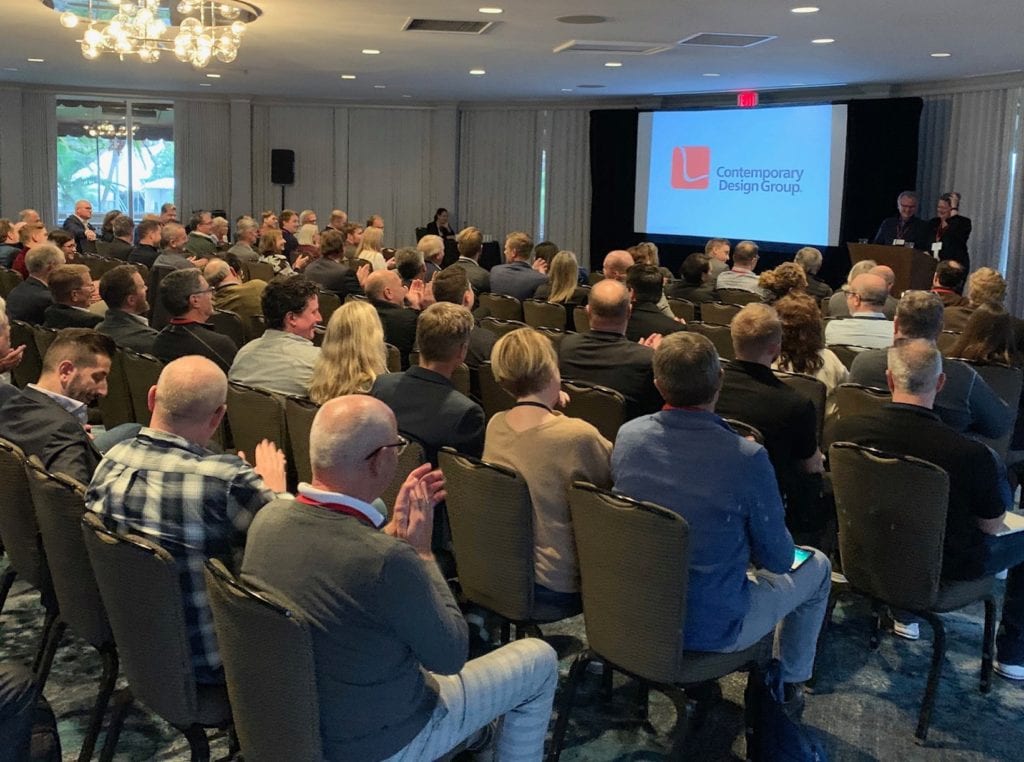 Motion pictures have the Oscar. Broadway has the Tony. Advertising has the Addy.

In the furniture world, the Eddie is a highly coveted prize.

Officially, it’s the Edward Haimsohn Design Award. It recognizes excellence in aesthetics, creativity, functionality and other signs of beautifully crafted furniture. Its namesake co-founded the Contemporary Design Group, a collection of furniture retailers who share a passion for style and quality, which bestows the annual award.

Haimsohn died May 24 in San Diego, the city where he was born nearly 92 years ago. His parents, Herman and Sadie Haimsohn, founded Modern Furniture Company in 1937. By the 1950s, Ed was running store operations and turning it into one of Southern California’s top independent retailers specializing in mid-century modern design.

The business was renamed Lawrance Contemporary Home Furnishings in 1981. Two years later, Ed and his son, Howard, created the Contemporary Design Group. Today, it’s a dynamic network of 28 independent furniture stores that work with top manufacturers and suppliers around the world to develop the finest selections in contemporary home furnishings at costs that allow them to pass significant savings to their customers.

He always sought the best designs

Known as a modern design pioneer, Edward Haimsohn “followed the industry closely, attending major shows to stay on top of fashion and, equally important, to meet people in the industry and network,” according to a biography found on the Contemporary Design Group website. “At a time when few American retailers (outside of department store buyers) traveled to European shows, Eddie made the trip to Copenhagen and Milan. And of course he always attended High Point and San Francisco markets seeking the best designs he could find.”

One of his legacies is the award that bears his name. Past winners going back to 2014 and how to submit entries for the 2020 awards can be found here.

Ed Haimsohn didn’t limit his interests to design, however.

“Ed is remembered fondly as an influential and charismatic member of the furniture industry,” according to a remembrance at the CDG website. “In the 1960s, when Ed first went to High Point Market, he reached out to a young man he knew in North Carolina and asked for help finding a motel room. This young man worked with a designer named Milo Baughman, producing pieces that Ed sold at Modern Furniture Company. Over the years, Thayer Coggin and Ed would develop a great friendship and business partnership. Ed was known and respected by modern designers like Paul McCobb, Adrian Pearsall and Vladimir Kagan, as well as furniture families like Bassett, Hooker, Broyhill and Lane. He also served on the boards of both the National Home Furnishings Association and Western Home Furnishings Association for many years.

“’It seemed that everyone wanted to know or knew my dad,’ recalls Howard Haimsohn. ‘I would walk the halls at a furniture market with him and it was hard to walk more than a few steps without someone coming up to Ed to say hi and shake his hand.’

“A forward-thinking Ed recognized that other retailers could be allies, encountering the same types of issues and opportunities. ‘Ed took me under his wing way back in 1986,’ says Kelly Wallman, owner of San Francisco Design in Salt Lake City, Utah. ‘He allowed me to tag along in High Point so I could get my feet wet, even letting me bunk at his High Point home!’ Ed loved sharing what he knew as much as he loved learning from others.”

Ed is survived by his wife of 66 years, Shirley Haimsohn, and their four children: Mardi (Ben) Loeterman, Howard (Julie) Haimsohn, Marc (Artine) Haimsohn; six grandchildren and two great-grandchildren. Memorial donations in memory of Ed may be made to Congregation Beth Israel of San Diego (www.cbisd.org) or the Alzheimer’s Association of San Diego (www.alz.org/sandiego).