Sharron Bradley on retirement: ‘Quite a ride, but it’s time’ 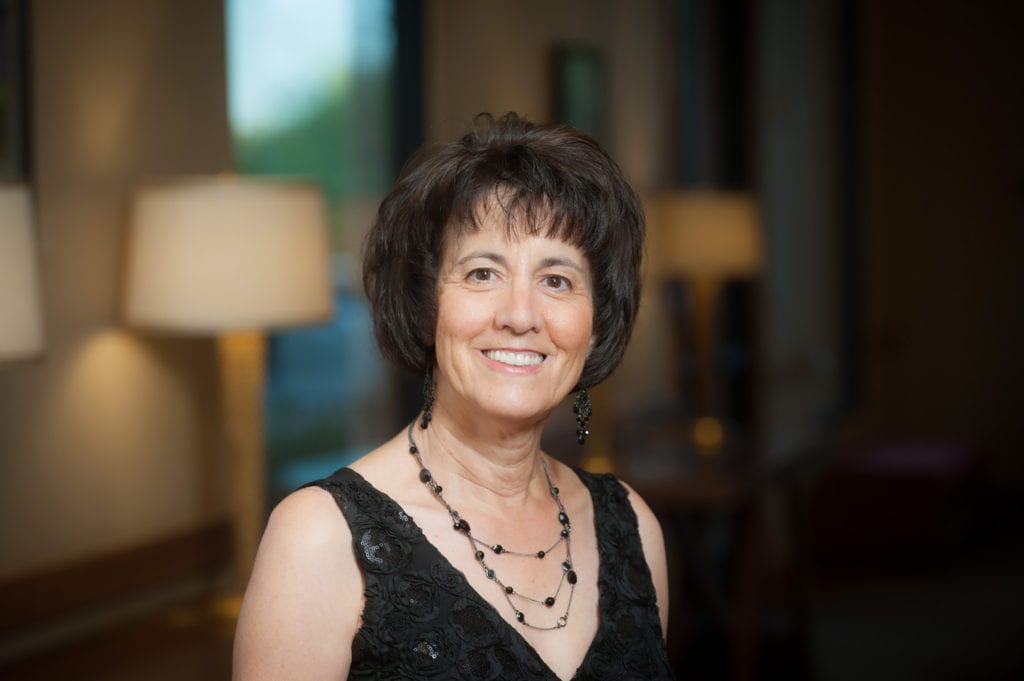 When Sharron Bradley was tapped to do the unthinkable – merge three furniture retail trade associations into one – she remembers feeling so many emotions: excitement, eagerness and energy, for starters.

But there was never a sense of being overwhelmed – for good reason.

“There wasn’t any time to feel overwhelmed,” she said. “There was so much to do that I never thought would be involved in a merger. We just faced every hurdle or obstacle, cleared it, and went on to the next goal.”

Now, after a successful, distinguished – and altogether remarkable – career, she will retire in August, leaving behind a 19-year legacy that has made her an anchor for three generations of home furnishings retailers. Indeed, hers is a tenure that is exceptionally rare among executives who seem to move from one job to another in the furniture industry.

“I always knew I would like to finish my career with the association,” said Bradley.  “As the years went by the job only got more rewarding with every goal we accomplished.”

But now Bradley has other goals to accomplish. Instead of mergers and markets, she wants to spend more time with her five grandchildren, volunteer consulting, nonprofit board participation and travel. Maybe even take a class or two online or at a local college.

Led associations through a merger

It is impossible to measure the impact Bradley’s work has had on furniture retailers across the country, just as it’s impossible for Bradley to walk the halls of Las Vegas or High Point markets without getting a hug or handshake or shoutout from a furniture retailer, sales rep or CEO in the industry. Such is the influence she’s had.

But, while she’s known mostly by her current position, Bradley spent most of her career in management of sales, marketing, design and operations, working for contract furniture companies before deciding she wanted to lead rather than manage others.

One day in 2001, she saw a help wanted ad in the newspaper. The Western Home Furnishings Association was looking for a new executive director, so she applied. At the time, Bradley was vice president of United Corporate Furnishings, a contract furniture dealership in Sacramento. When the application and interview process was done, there were two candidates remaining, and Bradley was one of them.

Bradley was a unanimous choice

Bradley, who lives in Elk Grove, Calif., just outside Sacramento, remembers getting a call from Howard Haimsohn, president of Lawrance Furniture in San Diego, asking her to come down for a final interview.

There was just one problem. Haimsohn and the search committee wanted to meet with Bradley a week after Sept. 11. “I really debated whether to go or not,” Bradley recalled. “There was a lot of anxiety and so many unknowns out there.”

In the end, Bradley was too excited about the possibilities and challenges the job offered so she boarded a plane for San Diego. Haimsohn said the other candidate had years of association experience that Bradley couldn’t touch, but the WHFA hiring committee’s decision was unanimous: Bradley got the job.

“There was just something about Sharron then that’s still true today,” Haimsohn said this week. “She’s incredibly personable, and furniture is such a relationship business. But she also had a great way of looking at things from both sides or even three sides and seeing the pros and cons to an issue. She still does.”

Eleven years later, in 2012, Bradley was asked to lead the merging of the three associations into what was then known as the North American Home Furnishings Association. Even now, all these years later, she confessed she didn’t realize the magnitude of the challenges she was getting into.

“I loved the work, but it was a lot of work,” said Bradley. “We had a small staff, and working with them to jump through the hoops and all the legal issues that come with merging three associations into one, taking three boards and selecting members to be part of one board, was asking a lot from our board transition team and staff, but they always showed up and did what was required.”

Bradley joked if she’d known what was required to pull the merger off, she might not have taken the job. One day the IRS would need paperwork for tax purposes. The next day the state needed forms to ensure the new association was properly registered in California and on and on it went.

“Every day was all-hands-on-deck for everyone in the association,” Bradley recalled. “There was this to do and that to do. No two days were alike. It was hard work, but it was rewarding.”

Bradley said she remembers little complaining from her staff. “The entire team worked hard, and we pulled it off.”

At the time, it was not a given that the merger would happen, or that all three associations would survive if it didn’t.  HFA President Jesús Capó said Bradley “got our house in order.  She accomplished what many believed was destined for failure; being able to successfully lead the coming together of three different associations with diverse expectations and personalities.”

Haimsohn said Bradley was charged with making the merger a reality, “but she gave us so much more. Sharron looked beyond the merger and toward our growth. That’s one of her many gifts. In the middle of trying to bring these competing associations together, Sharron was also thinking about how we were going to grow and move forward. She does that even now. That’s great leadership.”

‘Right person at the right time’

Capó agreed. “Sharron was the right person at the right time for the association,” he said. “She helped the HFA regain the respect of the industry. I believe we would not be celebrating our 100th anniversary if not for Sharron.”

HFA Executive Vice President Mark Schumacher, who will assume the CEO position Aug. 31, remembers interviewing with Bradley back in 2018. “One of the primary reasons I came to work at HFA was Sharron,” he said. “We had numerous meetings and I felt her sincerity, her love of the industry and her desire to grow HFA. It rubbed off on me and I got to the point where I couldn’t say no. Sharron is obviously a smart, talented leader, but she exudes qualities of kindness, integrity and commitment all the time. That’s why she has been so successful in my book.”

Bradley informed the HFA staff earlier this year of her intention to step down, but the coronavirus recession made her delay her decision. She says the Association is ready for the transition now. “I feel extremely confident where we are as a company and how we are helping our retailers during these times,” said Bradley. “Our top leadership in the Association has never been stronger and is going to do great things for our members in the coming months and years.”

Schumacher said he’s thankful and excited to assume leadership of the Association. He hopes to build on Bradley’s legacy. “Sharron has been at the helm of the association through some incredibly challenging times,” he said. “Her fiscal prudence allowed for the Western Home Furnishings Association to weather the 2008 recession, a time when members really needed a strong partner, and most recently this year as the HFA, like its members, navigated the downturn. We will be building on her successes for years to come.”

Bradley said her “heartfelt appreciation goes out to the (HFA) Board and staff for giving me the opportunity to be CEO of this remarkable organization. I leave HFA with many wonderful memories of the last 19 years. I have built special relationships with industry colleagues and co-workers that I hope will continue. I leave an organization well-positioned to meet the opportunities and challenges of being the most respected association in the home furnishings industry. It has been my privilege to serve the HFA and our industry.”