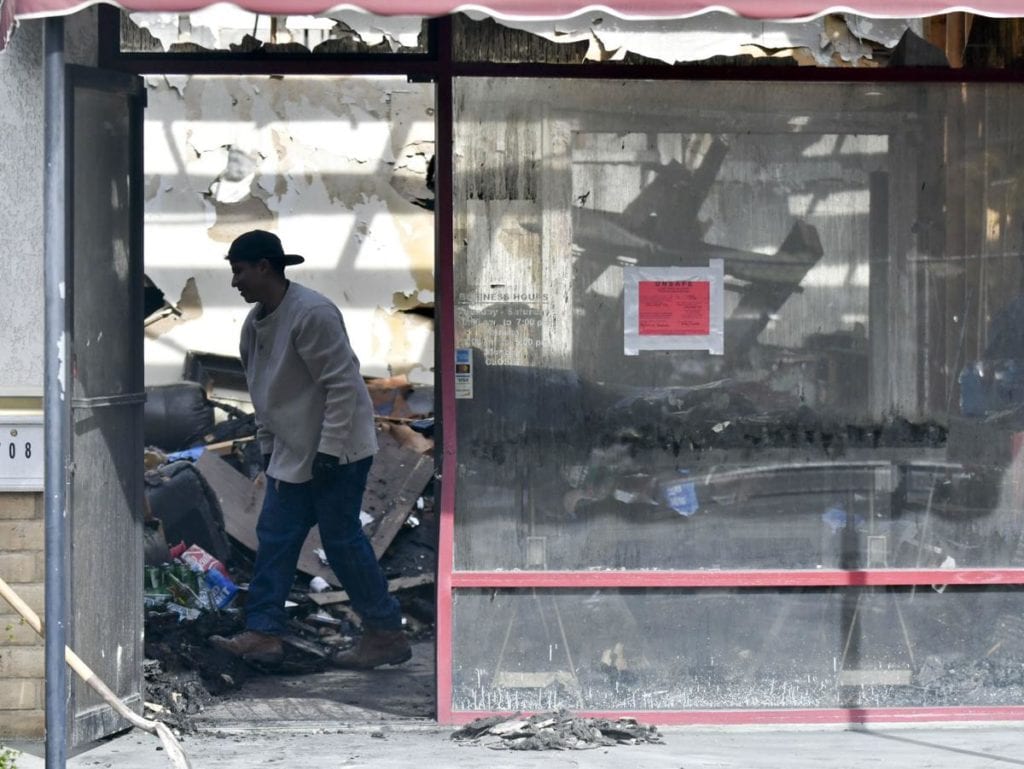 It’s been nearly weeks since a Jan. 3 blaze destroyed Diaz’s store. Charred tables, couches and chairs have been removed and the smell of smoke has been washed away by wind and rain. The owner of the property has vowed to rebuild, but in the meantime, Diaz is looking for a temporary building to open and serve his customers, but the rent is exorbitant. “I’ve gotten sticker shock these last few days,” he said.

He hopes to be up and running later this spring or early in the summer. Until then Diaz is working out of his home and his car. He and his six employees are starting to rebuild their inventory while still fulfilling open orders.

“I’m just trying my best to get everybody’s orders taken care of,” Diaz said, “and we’re trying really hard to make sure we don’t miss anyone.”

One setback is insurance. Diaz said he was underinsured. He was covered for $100,000 in inventory and lost about $300,000 in the fire. “That’s something I would tell other retailers is to check your policy and make sure it’s up to date,” Diaz said. “It got to be that I was paying my premium every month by just having them charge my credit card and I never really examined it after a while. I wish I had.”

This is not the first time Diaz has started over in furniture. Diaz, who was born and raised in Santa Maria, opened his first store, S.F. Furniture, in 1992, and ran it for 16 years before the recession in 2008 prompted him to close shop and leave the area. After relocating to Las Vegas, Diaz opened a store that specialized in children’s furniture and accessories.

He moved back to Santa Maria in 2016 and decided to open another furniture store after hearing from longtime residents who bought furniture from him when he owned S.F. Furniture.

Diaz said strong customer service and the personal touch he offered his customers — he opened and closed the shop, scheduled deliveries and handled sales six days a week — kept them loyal and coming back.

“I made a lot of my friends from owning that store,” he said. “I might be a merchant and sell products, but I’m also someone who remembers when they had their first kid. We have a history.”