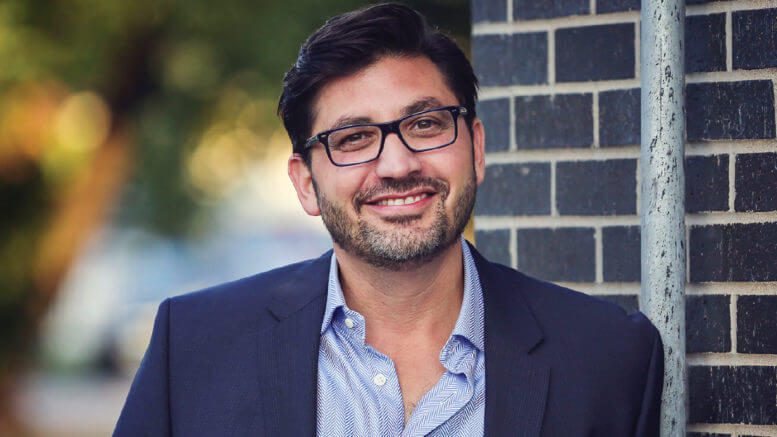 Gregory Rich carries conversations in unexpected directions, which makes him an entertaining radio host and a creative furniture entrepreneur.

So, listeners of “Drink in the Style,” broadcast on KTNF-AM 950 in St. Louis Park, Minn., recently heard Rich speak sympathetically about O.J. Simpson, the former football star accused and acquitted of a bloody double murder.

Most Americans might believe that Simpson, in a fit of jealous rage, stabbed to death his ex-wife, Nicole Brown Simpson, and her friend, Ron Goldman, in June 1994. The next year, after a lengthy televised trial, a jury found Simpson not guilty. No one else was ever charged in the crime.

Rich sees some justice in the outcome, but for an unconventional reason: Simpson probably experienced some form of insanity resulting from brain injuries.

“When O.J. dies and they pull his brain out, they will find he had the concussion thing, CTE,” Rich said. “When he played for the Bills, he got beat up like there was no tomorrow.”

The effects of concussions on football players, now diagnosed as chronic traumatic encephalopathy, weren’t understood then, but Simpson is a “textbook example,” Rich said. “He had each and every symptom,” including rage and lack of judgment. Without forgetting the victims or the brutality of their murders, Rich concludes that Simpson needed help, not prison.

That conversational detour began with Rich mentioning a summer job as a bellhop in a swanky New York hotel. Simpson was a guest and, long before his troubles, was a very nice man, according to Rich.

Bellhopping offered Rich lasting lessons about customer service, by the way: how to spot a potential client; how to identify a need, such as someone whose suitcases are too heavy; how extra effort can earn extra rewards in the form of generous tips.

But the O.J. lesson stuck, too. While many Americans were outraged, the Simpson story dipped into a deep well of empathy within Rich, a man who is naturally adept at sensing needs and desires in others.

“Empathy is the key to understanding everything,” he says, “including sales.”

Ah, sales. After years as a furniture importer, Rich founded Habitation Furnishing + Design in 2015 to sell furniture – but not in a conventional way. The business is a retail space, but it’s also a design center. “We’re not providing furniture,” he says, “we’re providing expertise.”

The concept is expressed in the very name of his business. A habitation is the state or process of living in one’s own place, Rich says. The store helps its customers create that place, which he defines as “the constant living organism that is your environment.”

The way to understand that place is to see and experience it. Rich and his designers visit customers’ homes and work with them there to discover how best to furnish their habitation. How their home looks, how it’s designed, makes a profound difference in their lives, Rich believes.

Getting to know other people on a deeper level is a key element in Rich’s approach to life. On his radio show, he usually starts by asking guests a provocative, unexpected question. For one recent guest, Bethany Wrede Peterson, an interior designer and founder of Atelier Wrede Waters, who spends part of her professional life in London, he wanted to know what she found to be a sexier British stereotype, the knight or the swashbuckling privateer?

It was an effective ice-breaker, Peterson recalls with a laugh in an interview. Well, the cocktail – the Rainwater – was the real ice-breaker. But Rich quickly set a conversational tone indicating that the hour ahead was going to be fun. Peterson supposes the technique works just as effectively with customers.

“He’s so good at disarming his guests, it can’t be any different when someone comes into his store,” she says.

The query prompts the shortest pause and then a decisive response: a world without music. Music is only punctuation in life’s rhythms, Rich observes. Despite his fondness for Frank Sinatra, Rich says, “I haven’t been one of those people who lives for music.” But color is all around, a constant source of beauty and inspiration. Rich, a designer by avocation, wouldn’t want to live in a gray world.

Not that he thinks his customers are always looking for a rainbow of possibilities when it comes to furnishings. “One of the greatest freedoms of the 21st century is freedom from choice,” he says paradoxically. “People want an outcome. You can overwhelm them with options.”

So, he and his designers don’t just take orders. They offer professional guidance. They develop relationships and earn their customers’ trust that they will make sound recommendations.

Rich is a man of taste, as he demonstrates at 5 p.m. Sundays on his radio show, which literally mixes cocktails with an hour of conversation. His guests range from interior designers to photographers to architects. The patter can go anywhere, and the drinks can introduce some unusual elements as well.

This listener thought that combining scotch and amaretto sounded like a good way to spoil a glass of whisky. Rich concedes that amaretto, a sweet Italian liqueur, might not appeal to scotch fanciers and that “it’s hard to take something you don’t like and turn it into something you do like by adding something to it. But the secret is balance.”

Consider agave tequila and coffee, Rich suggests. One drink may be too sweet, the other too bitter. Together, they’re the perfect blend. The formula applies to many aspects of life, including style.

Rich wanted to start a distinctive furniture store, one that blends different elements of the retail trade as it is today. Consumers want help with design, and the approach of working inside their homes has worked very well. Eighty percent of his sales come in the form of multiple pieces for a customer’s room following a home visit, Rich says.

Consumers are also divided about how they want to view products: online or in stores? Their computers or other devices can’t show large furniture in scale. So, Rich installed giant TV screens in his store to display pieces as they really look. That solves another problem: “I can’t afford to put every sofa on the floor.”

Habitation Furnishing + Design has a boutique look, meaning “something that is highly curated,” says Peterson. “As a designer, I see how much retail is changing. Your customers can go in and shop you and then go to Amazon, order the same product and get it in two days.”

Successful retailers must differentiate themselves. “What’s amazing about Greg is that he’s not trying to appeal to everyone in the Twin Cities,” Peterson says. Rather, he attracts customers who think the right furniture can “express their personal story” but need help seeing it. Rich and his creative team may have the right vision. That translates into sales, but also positive experiences for customers.

“I don’t mind being called a salesman,” Rich says. “It’s not a bad thing. Bad salesmanship is another thing.”

Rich’s form of salesmanship also means hosting art shows, live music or auctions in his store, making it a place where people can go for a nice evening out.

But he also still sees himself through the eyes of the bellhop: identify potential customers, discern their needs and find solutions.

“I look at problems,” he says when asked about generating ideas. “I look at what’s supposed to happen. Why aren’t people getting what they want?”

Putting in the extra effort to overcome problems produces rewards, in terms of business success and customer satisfaction.

“You really do have a chance to have an effect on people and how they live and enjoy their lives,” Rich says.

And when that doesn’t work?

“No one ever died because I sold them the wrong color sofa,” Rich laughs.

Couldn’t something like that trigger a murder? he’s asked in jest.

Clearly, this time he doesn’t want to bring the conversation back to O.J.

“Community and shared experience. It can be both lonely and stressful when running your own business. The HFA, to me, means having a network of like-minded business people who are experiencing the same challenges as am I. It doesn’t matter if you’re a one-person shop, a small business or a national chain; being a part of the HFA means that there is always a support network that can provide insight, value and perspective.” 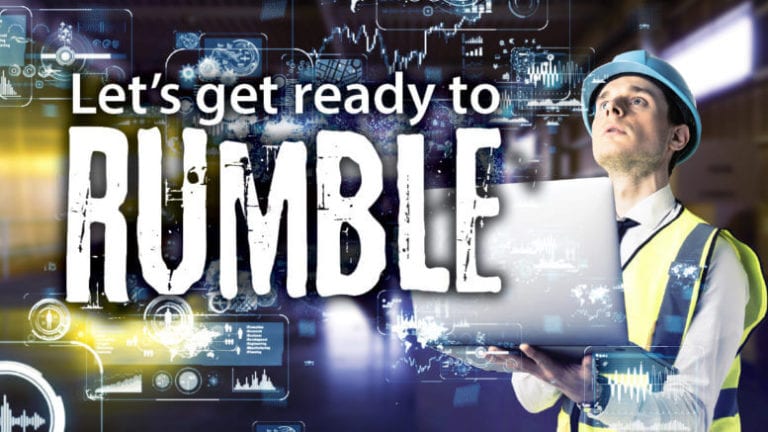 From technology to delivery, furniture is the next retail sector ripe for disruption