A furniture flammability bill strongly supported by the Home Furnishings Association passed the U.S. House of Representatives in a bipartisan vote Monday.

It takes a big step toward fire safety without potentially harmful flame-retardant chemicals.

The Safer Occupancy Furniture Flammability Act (SOFFA) would set a national standard based on California Technical Bulletin 117-2013, which prescribes methods for testing the smolder resistance of cover fabrics, barrier materials, resilient filling and decking materials used in upholstered furniture. Although TB 117-2013 does not ban flame-retardant chemicals, it can be met without them.

SOFFA, HR 2647, was co-sponsored by Rep. Doris Matsui (D-Calif.) and Rep. Morgan Griffith (R-Va.). An identical measure was introduced in the Senate by Sen. Roger Wicker (R-Miss.) and Sen. Richard Blumenthal (D-Conn.) and has been approved by the Senate Committee on Commerce, Science and Transportation. It is awaiting a vote by the full Senate.

SOFFA replaces an open flame test with a smolder test for furniture flammability, which California adopted in 2013, Matsui’s office said. The results of that change show no new fire-safety risks, while reducing the presence of flame retardants in home products and furniture – protecting consumers and firefighters from potential health impacts.

“Setting a federal standard for furniture flammability will provide clearer direction to the furniture industry and will lead to safer products in our homes,” Griffith said Monday. “With its passage by the House of Representatives today, the Safer Occupancy Furniture Flammability Act is one step closer to law. I will continue to advocate for this beneficial legislation.”

Concerns about possible health effects from some flame retardants prompted efforts in several states to ban or limit the use of those chemicals in upholstered furniture, creating a web of inconsistent state laws. SOFFA would provide a strong national regulation ensuring that all home furnishings products will meet a rigorous fire-safety standard.

“The furniture retailers who belong to the Home Furnishings Association want to sell safe, healthy products,” Sharron Bradley, HFA CEO said. “California’s TB 117-2013 is a good model for the country, and we are grateful to Reps. Matsui and Griffith and Sens. Wicker and Blumenthal for their hard work on behalf of American consumers and our industry. We look forward to SOFFA’s final passage in the Senate.”

SOFFA has support from many groups

The bill was also supported by firefighters, environmentalists, consumer groups and furniture manufacturers.

“If SOFFA is now passed by the Senate, it will provide a legislative victory for both parties and, more importantly, a win for American consumers,” said Andy Counts, CEO of the American Home Furnishings Alliance, an association of manufacturers that is an HFA industry ally on many key issues.

The Natural Resources Defense Council added in a blog post Dec. 16: “Only about 2 percent of all house fires are linked to upholstered furniture. The leading cause of those upholstered furniture fires is smoldering materials, such as cigarettes, on the fabric surface of the furniture, as California’s Bureau of Household Goods and Services determined in 2013. The Bureau adopted a standard that will protect against the threat of smoldering materials igniting that fabric. The result was a California Technical Bulletin (TB 117-2013) — a standard widely supported by firefighters; environmental, consumer and public health groups (including NRDC); independent fire scientists; and furniture manufacturers.

News
David McMahon: Finish the year strong (and get ready for 2020) 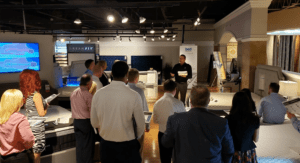 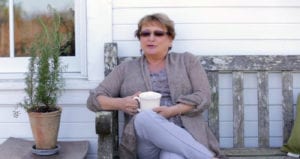